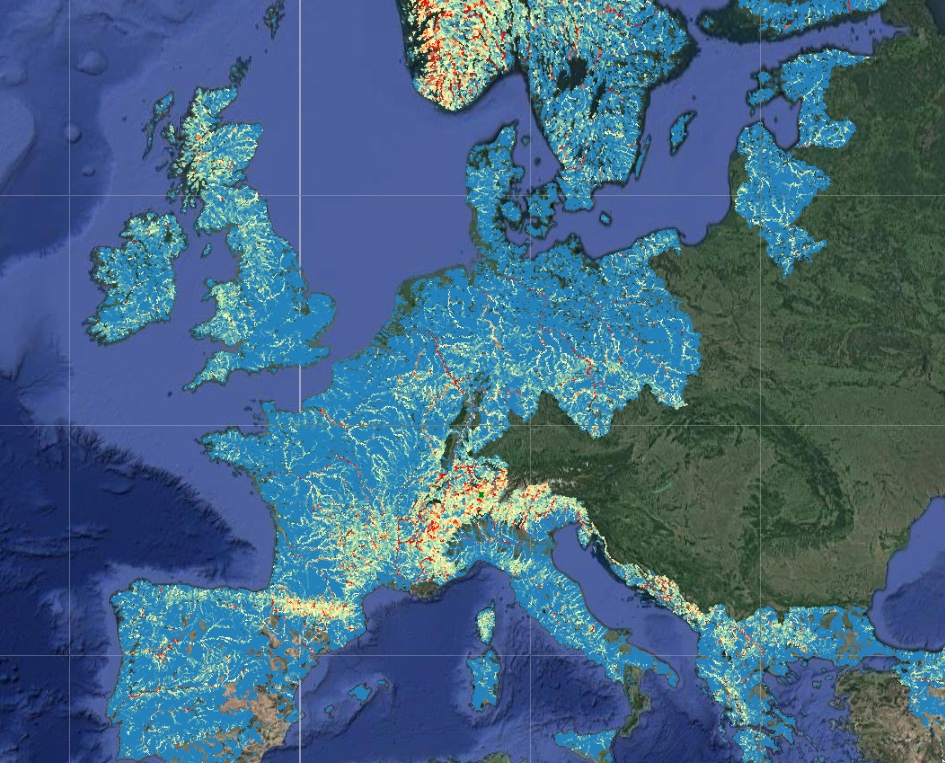 PAN-EU Small HydroPower Atlas (SHPA) is an user-friendly spatial decision support system for run-of-river hydropower plants feasibility and development across EU.
The product innovation consists in making feasibility assessment much quicker and affordable, which may be a critical aspect in the development of small plants. 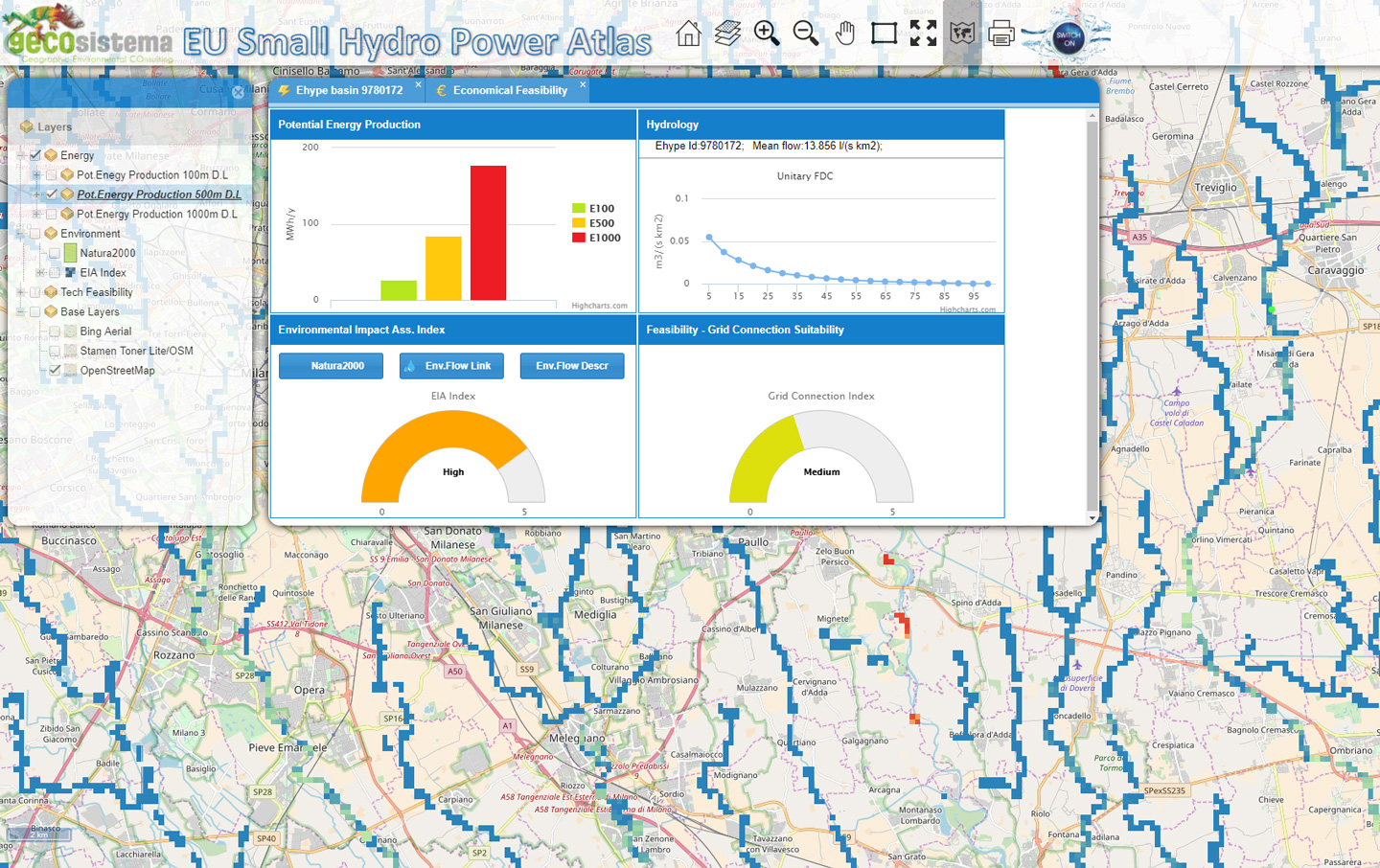 The SHPA is of interest for the following list of potential users:

Do you want to invest and make profit in small hydropower plants?

SHPA will assist you in selecting the site that suits your needs and perform a fast and reliable technical, environmental and economical assessment.

The SHPA has been developed as Web Mapping Application using Open-Layer and Map Server, the service is operating exploiting the power of the Cloud-based Platform (Amazon AWS ).

The service is powered by a modelling framework able to take into account the average flow regime under current and future climate conditions, and in connection with the seasonal river flow forecasts, also short- to medium term production of HP. The pre-calculated GIS layer were obtained processing the following open data with custom routine written in Python (GDAL):

The product is developed on the basis of available topographic data, flow duration curves, connectivity level to existing electric grid. The amount of water available for hydropower production also considers the need to release environmental flows to the streams.

Search for new investment opportunities in SHPA in quick and convenient way, then invest on developing your new promising project! — CONTACT US